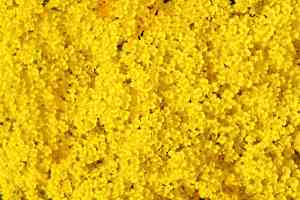 Itchy eyes. Sneezy nose. Irritated skin. Living in American’s dust pan means that I experience all these things most of the year. Although the media says Dallas is only the 23rd worst US city for allergies, it feels like it’s #1. Maybe it’s because the pollen is Texas-sized!

I take allergy medicine, sometimes two different kinds of medicine. I’ve tried all sorts of other things to help. Air conditioning certainly helps as does showering, but as you know, I like being outside. Monday mornings after a great weekend outside are the worst. I usually feel awful for the first couple of hours of work, then being sealed in a glass box kicks in and I feel better.

I’m allergic to mosquito bites, any insect bites really. Bee stings makes the stung body part puff up. Ant bites turn to giant welts. Mosquito bites are big red bumps. I’ve had my eyes puff up and almost swell shut. I’ve been so stuffy and thick headed that I couldn’t think or breathe. When I was a little kid, I did a camp overnight and ended up so covered with mosquito bites that I was running a fever the next morning. My mom had to come and pick me up.

I can’t really think of anything worse than paying money to go on a vacation somewhere exotic and spending the whole time getting bit by mosquitos. That’s why I’ll probably never go to the Amazon. Or Africa. Because even the Caribbean or Florida can be iffy for me.

The latest weird thing that happened to me were some random big welts on my right hand. At first I thought I got bit by ants in the garden. On the first day (a Tuesday) there were just a few. I was on a business trip when I noticed them. Three days later, I exploded in little blistery welts within a couple hours of being back in Dallas. Weird!

They were super icky — unbearably itchy and really ugly. I did my best to keep them covered and not scratch so they’re finally going away after two weeks. I’ve gone through 2 tubes of cortisone cream and a handful of extra allergy pills. And I’m finally feeling normal again. Maybe I’ll look normal in another week too. 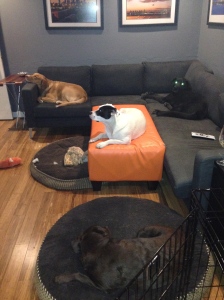 4Gs making themselves comfortable. No room for people! Photo by Bruce

Gratuitous dog picture of the day:

3 thoughts on “So: allergic”